The GEM-Stage is a CO2-neutral stage that runs on wind & solar energy. From now on artists will be able to play on a stage that produces 100% of its own green energy. 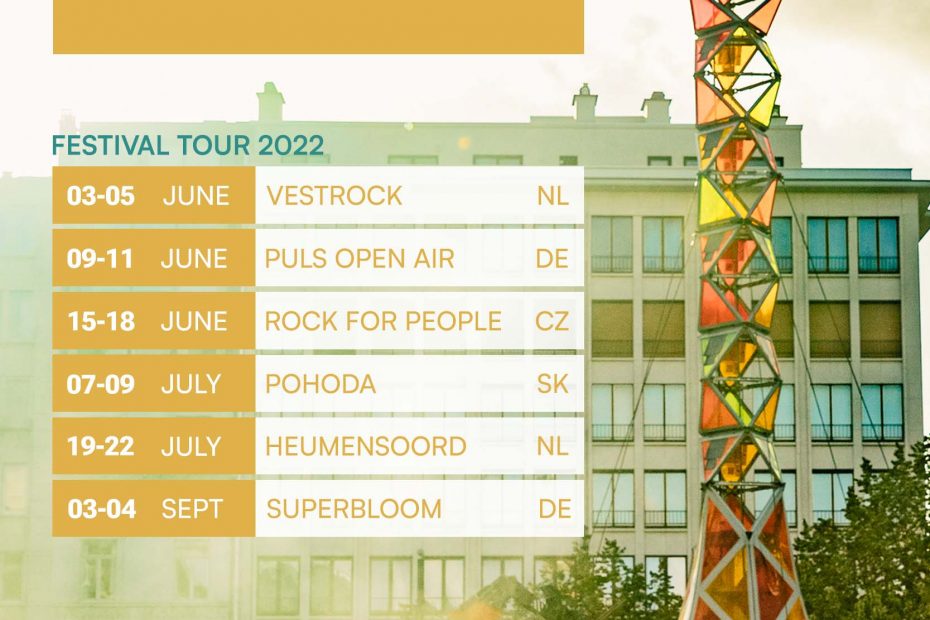 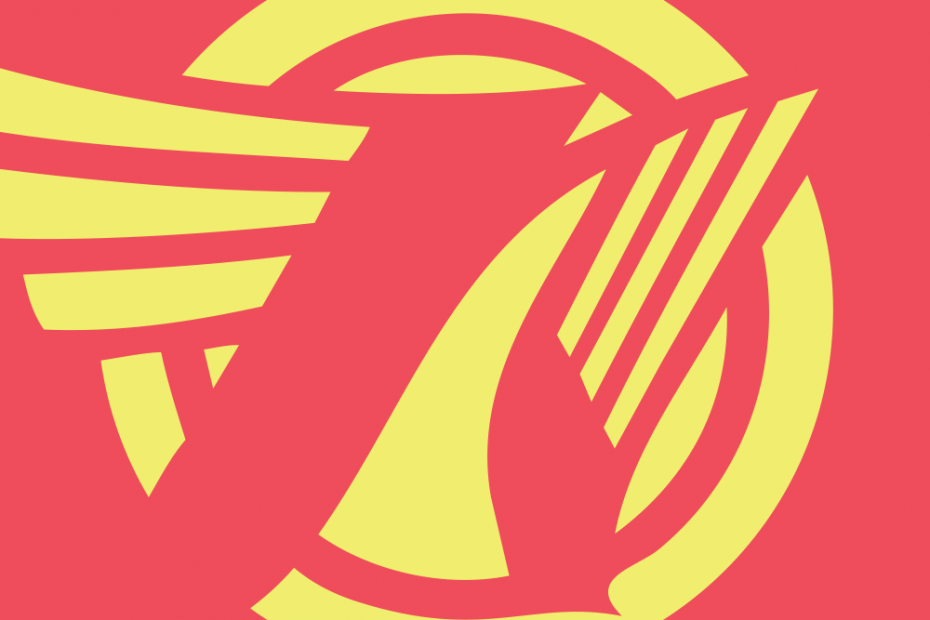 January 18, 2022
On Thursday, January 20th at 4 PM, GEM is hosting a panel at the Eurosonic/Noorderslag Conference 2022. During this panel, the future of power supply…
Read more 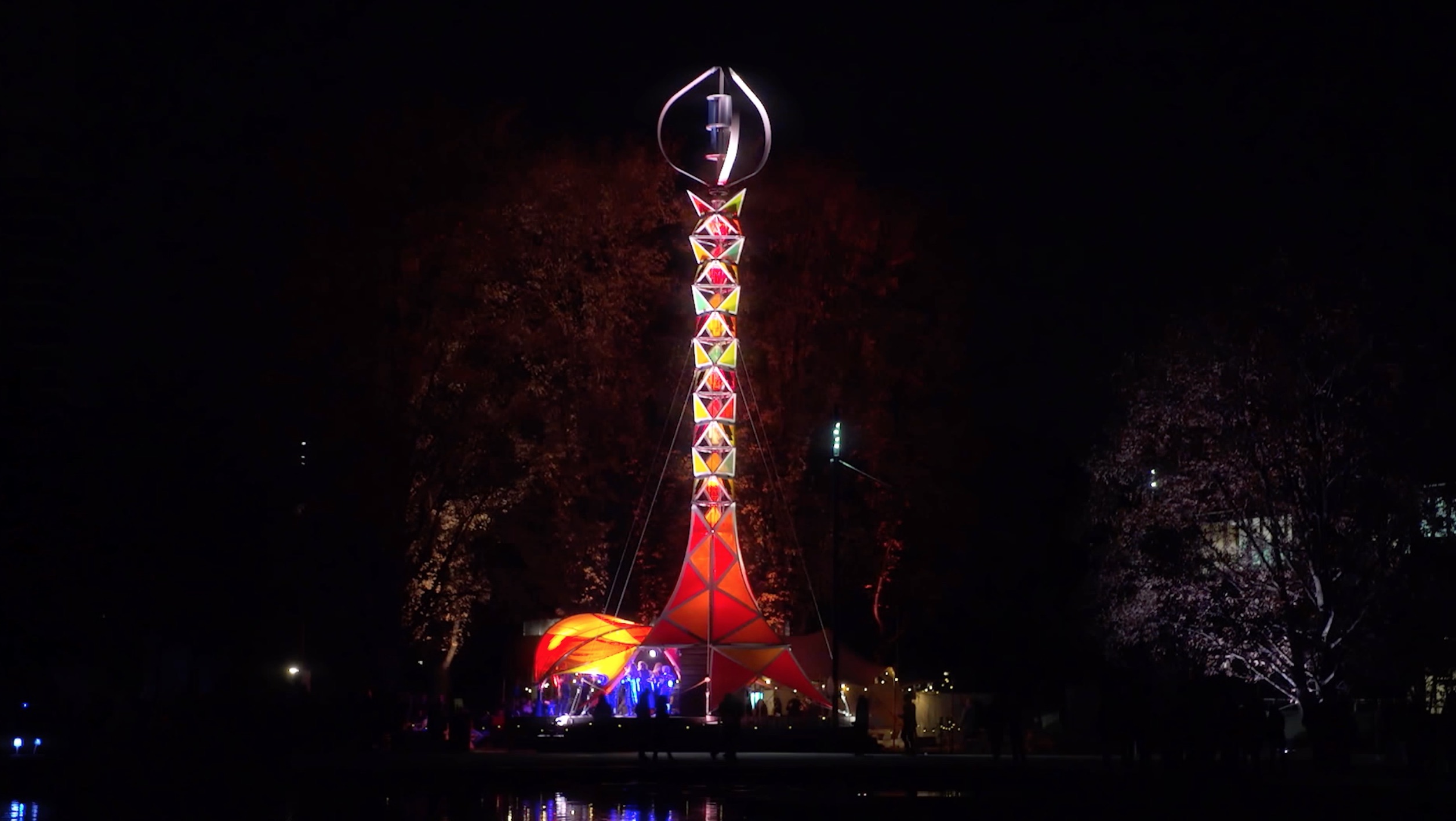 November 26, 2021
The GEM-stage was invited to shine at the GLOW light festival in Eindhoven. Generating sustainable energy, light and music, that was the focus of the…
Read more 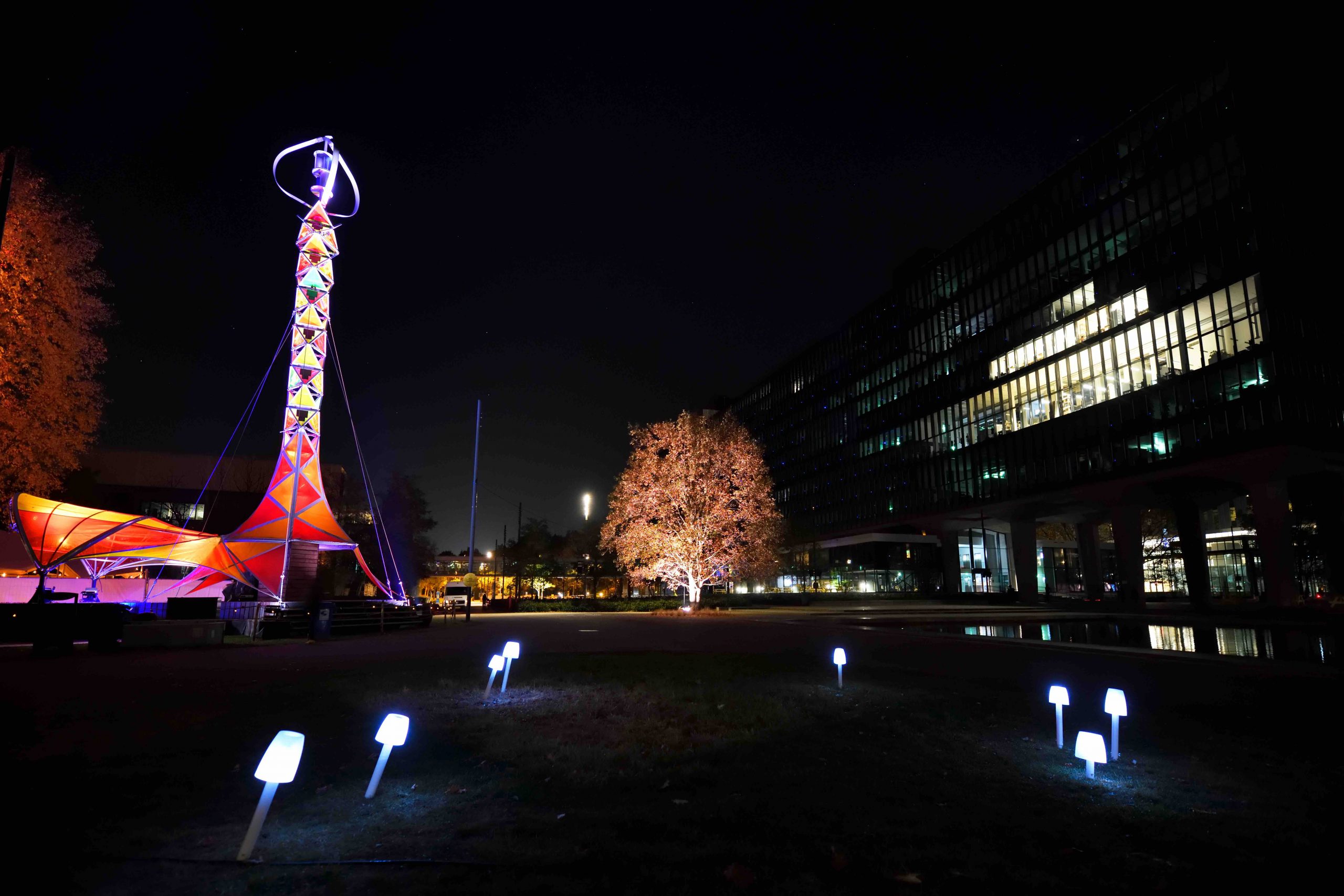 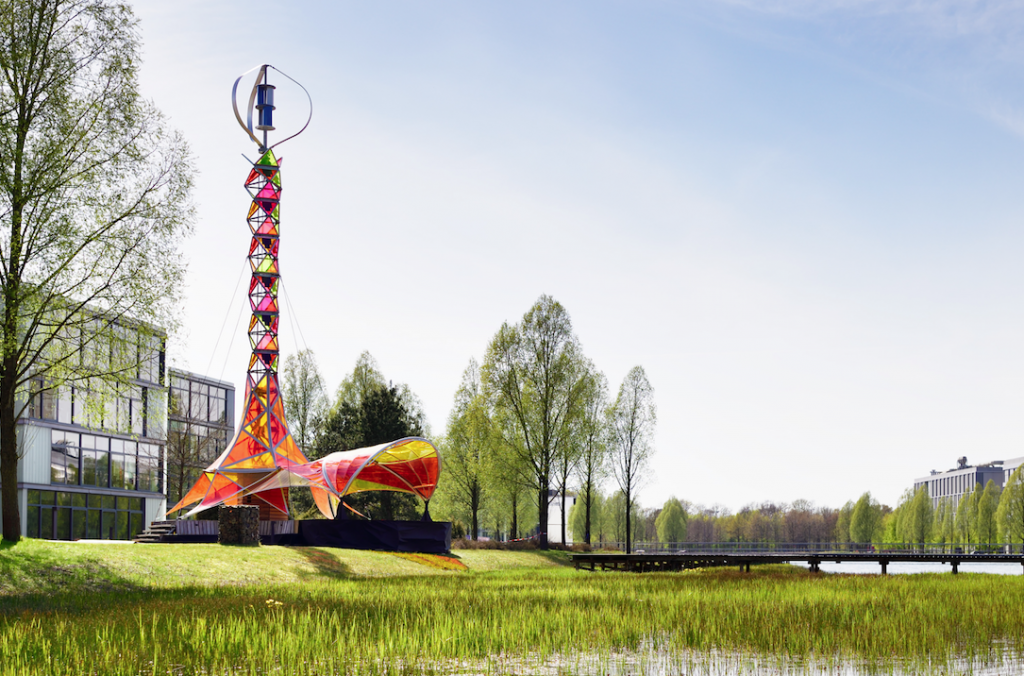 GEM-Tower has officially become GEM-Stage! From now on, artists will be able to play on a stage that produces 100% of its own green energy.

SPECS OF THE STAGE 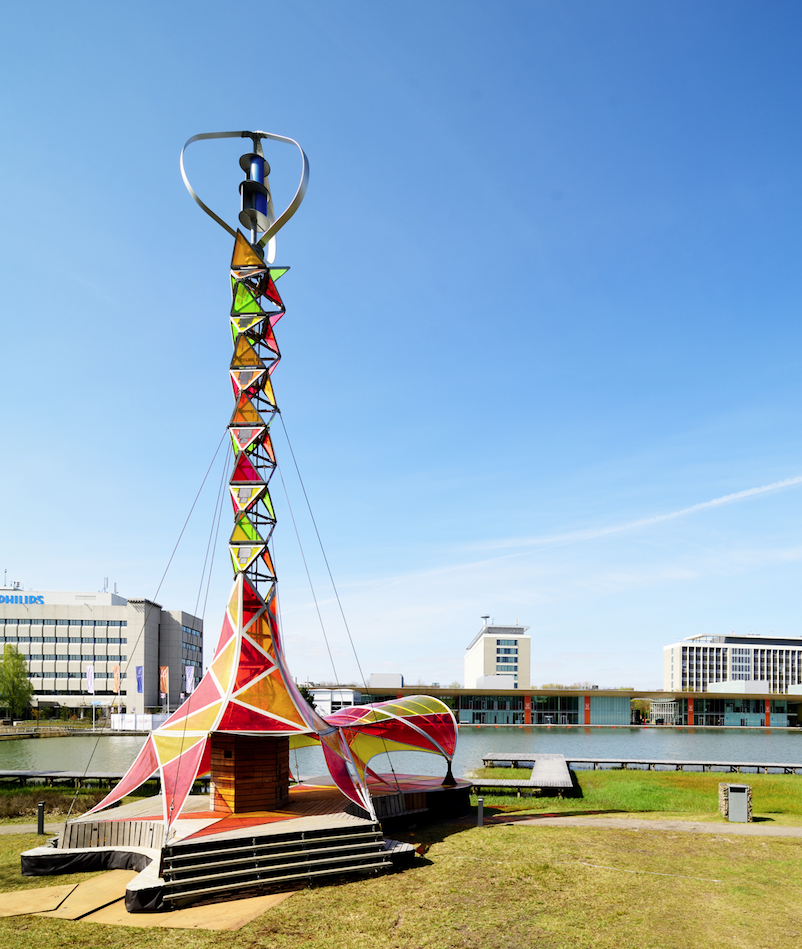 There are more than 300 hinges in the tower;

542 bolts and nuts are required;

The height of the triangles becomes 14 times bigger after folding out the tower (from 96 centimeters to aprox. 14 meters)

The stage does not have to be anchored;

2.7 m³ of concrete was used as a counterweight;

An estimated 100 people contributed to the realization of the first GEM tower;

In summer, the GEM solar system can charge a Tesla Model 3 up to 30%

Especially for this event, the GEM-stage was equipped with lamps, cozy mood lighting around it and there were also be various activities on the stage. 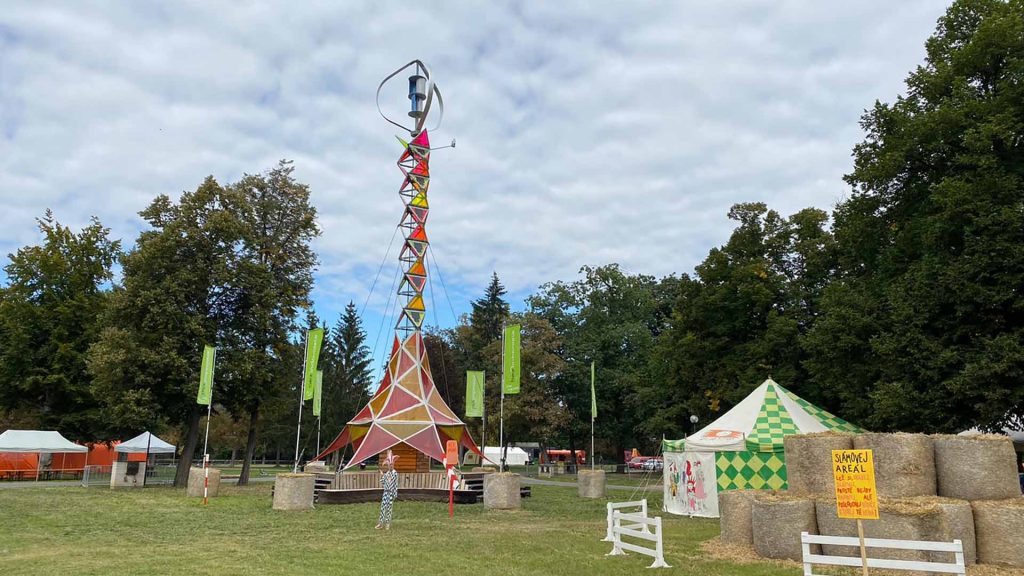 From September 15 until September 20, the GEM-Tower was located at the Zari Festival Prague in Chzech Republic. You can read a daily update by clicking here.

From August 12th until August 30th 2020, GEM is located at Paleis Soestdijk (the Netherlands) to run tests. In this video we are speaking with Anne Schaepman, director of Paleis Soestdijk, and Floor van Schie, who is part of the GEM team. We also interviewed visitors of the park on their view of the GEM-Tower and the use of sustainable energy.

From July 1 until August 9, the GEM-Tower was located at the Hoge Veluwe National Park in the Netherlands. In this video Henk Ruseler, forester at the National Park, and Faas Moonen, GEM architect, talk about design and sustainability.